We are coming soon.

Intermittent Fasting, How does it work?

Intermittent Fasting, How does it work?

Have you ever wanted a fit and healthy body?

Have you ever made a new year’s resolution to stick to a diet plan?

Have you ever paid for a gym membership and stopped going after a week or so?

If any of the answers is a “Yes”, you are one of the health-conscious people! (or at least try to be!)

If you are one of the Health Conscious people out there, then you’ve probably heard of this popular diet plan. It has not just taken over the internet, but has also influenced famous celebrities like Benidict Cumberbatch, Beyonce and Tim Ferris, just to name a few!

It is, none other than: the Intermittent Fasting!

But how does this “Intermittent Fasting” work? (if it does at all?)

How can one get started? and How effective is it?

As a person who’s been sticking to this diet over a year, I might be able to answer some (if not all) of your questions.

What is Intermittent Fasting (IF)? 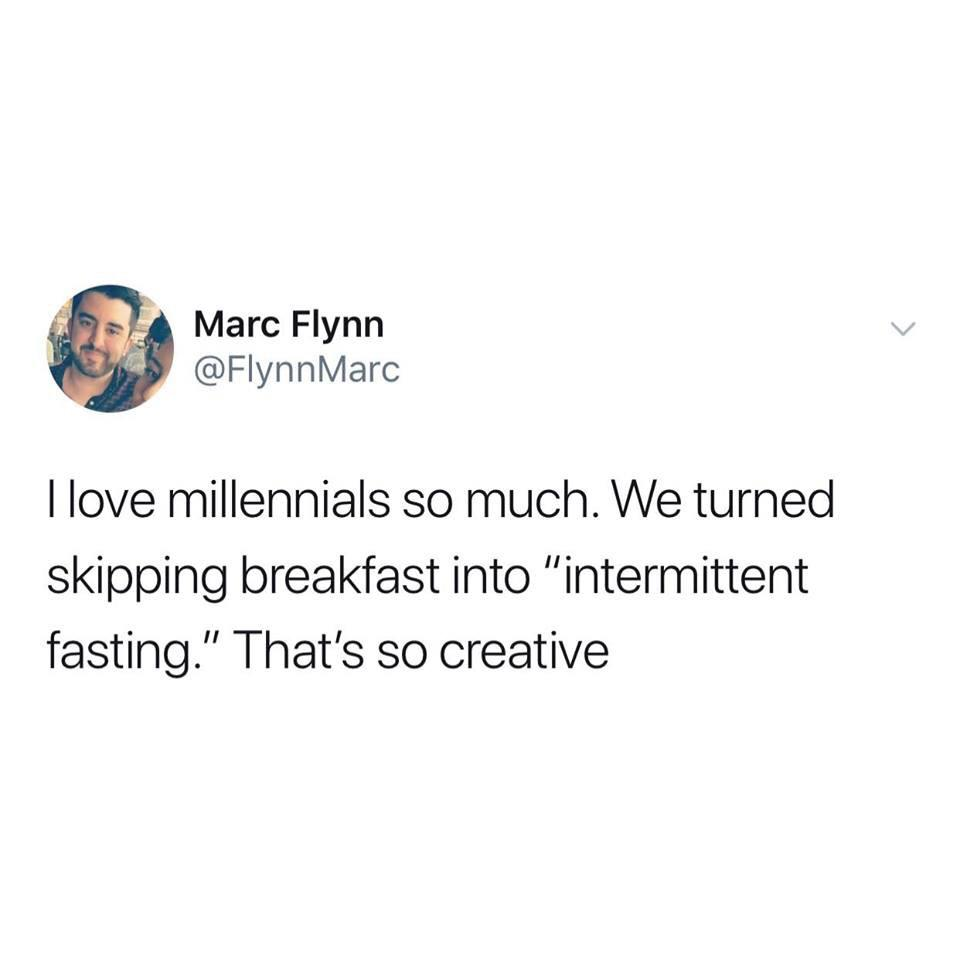 To be honest I’ve been slapped with this meme more often than not, when I tell people I do Intermittent Fasting. I don’t really know how true this holds, but what i do know is that in contrast to popular beliefs, Intermittent Fasting is so much more than just “skipping breakfast”.

Intermittent fasting is an eating pattern where you cycle between periods of eating and fasting.

There are other ways too such as the eat: stop: eat method where you fast for 24 hours completely and repeat it 2ce or 3ice a week; and the 5:2 method, where you eat healthy 5 days a week and the remaining 2 days, you restrict your calories intake to 500-600 a day.

Since you have less number of hours of the day to eat, the amount of food you eat decreases automatically!

But intermittent fasting is so much more than just that!

To begin with, Intermittent fasting has a lot to do with a hormone called Insulin!

Amy Hess, a certified Diabetes Educator and Transitional Program Coordinator describes Insulin as the hormone that utilizes the sugar generated from the carbohydrates that we eat. When there is excessive carbs, or in other words, when you decide to treat yourself with that extra fries at McDonalds, it stores that excessive sugar in the form of fat in your body for future use.

So basically, insulin helps you collect fat out of all the extra food you eat!

I.F. basically leverages out of this fact!

If you do not trigger the insulin level, fat will never be stored in your body. Instead, when the insulin is not working to store fat, it works to burn the already collected fat that you have in your body!

Therefore, when you’re fasting 16 hrs a day, you’re not just Not collecting fats, but you’re also burning the one’s you have in store!

And you know what?

I.F. not just benefits us physically but cognitively as well!

When the body mobilizes fat as its primary source of energy, it generates a special type of enzyme called the Ketones. Dr. David Perlmutter, the author of Grain Brain, an international bestseller, advocates that when the brain works on Ketones, it actually powers the brain in unlimited ways.

It increases the brain cells and nerve tissues through a process called neurogenesis. And improved neurogenesis has a positive correlation with brain performance, memory and mood!

[So people, if you have that friend, who is always throwing a lot of mood tantrums, now you know exactly what to suggest!]

This is also why back in the hunter-gatherer days, humans were smarter and cleverer because there was a lot of fasting that used to happen unintentionally.

But like any other thing in this world, I.F. doesn’t exist without flaws…

Intermittent Fasting might have some side effects that we should be aware of.

An article at Harvard Health Publishing says that, while we fast for a long time, our brain automatically wants to reward ourselves for the hard work. Thus, having a strong biological push to overeat following fasting periods. This in return results in a negative impact on our diet patterns.

In addition, Jen Bruning, a spokesperson for the Academy of Nutrition & Dietetics advocates that despite some research, more study is needed, particularly on the long-term effects of fasting, to completely rely on I.F.

But having said all this, at the end of the day, what we need to understand is that Intermittent Fasting, no matter how beneficial or how detrimental, is just another tool for us to live a healthy lifestyle.

To stay healthy is not to exceed the number of hours we starve ourselves, but to leverage through the diet! In other words; to be conscious. To become mindful of the things you eat and how it affects you physically and mentally!

So go ahead and try it out! 16/8 window, 5:2 method, eat:stop: eat or any other variation that might be out there. And do not hesitate to make changes to your diet plan if it doesn’t work for you. As long as your intention is to lead a healthy lifestyle, everything else shall fall into its place!